The truth about the false accusation of the 17th Karmapa 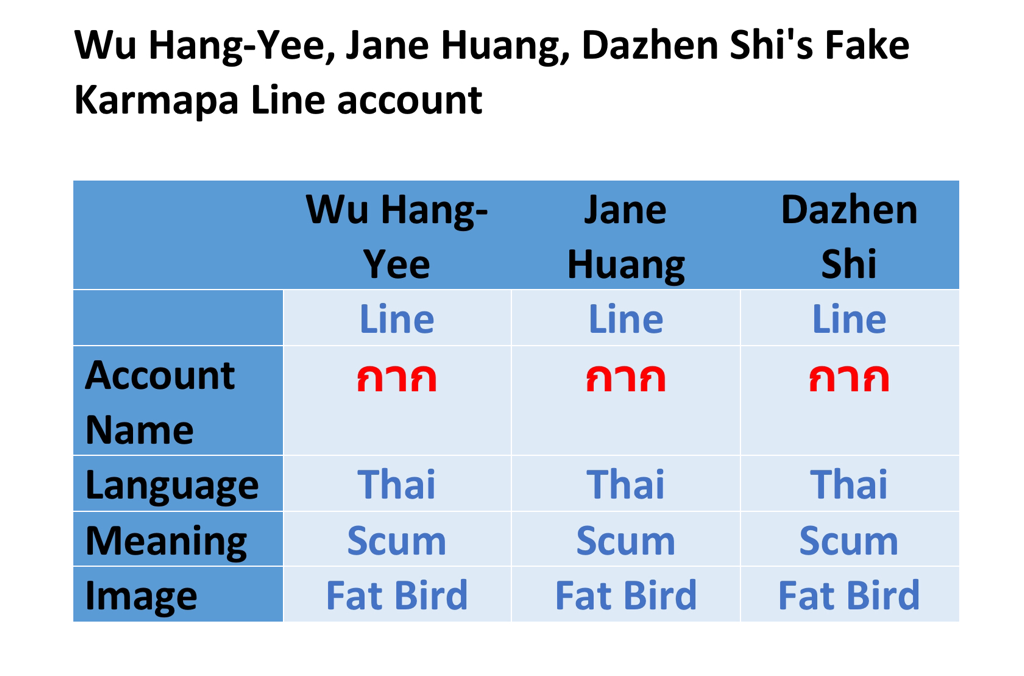 Wu Hang-Yee and Jane Huang claimed that the Karmapa sent the same message to different women. Dazhen Shi: "The Karmapa was dating three of them at the same time," but their so-called Karmapa account was Wu Hang-Yee’s Fat Bird Thai name "กาก Scum" the Line account. They used this fake account to write their content to slander the Karmapa and interact with multiple women simultaneously.

1. During the dialogue between Wu Hang-Yee and Lodro Rinchen, Wu mentioned that a nun had returned to secular status because of Karmapa. Wu: "The message sent by the Karmapa to her are the same as those sent to me" “Another Nun saw the message I sent, the message Karmapa sent me, the message given to her, the other message to her, all the same.” “The third Nun saw me pass her to see what Karmapa said; she was crying to death. Karmapa sent the same message to every girl who had a relationship with him. "
2. Jane Huang:『After the news broke, I received many letters from Karmapa's female disciples/female companions on my Facebook, including disciples from China, Hong Kong, and Tibet, telling the true experience of long-term deception and play. Several women showed up after the publication, and they received a message from the Karmapa. In the content of the message, the Karmapa confessed that the Skype call recording was accurate; on the one hand, he slandered Jane Huang as a person with a mental health condition to disinfect the scandal appease the girls. For many years, the Karmapa has used this slander to deal with his girlfriend, who is not in harmony with him. With the secret of the relationship between the two and the ignorance of the outside world, the female victim was labeled as "mentally ill" and made up many things. Words of absurd renunciation have allowed long-term impunity, leaving the victimized women alone to be attacked and trampled by believers. The following is a group message sent by the Karmapa. The screenshots hide the account heads and other victims' data to protect the privacy and autonomy of many female victims.』
3. Dazhen Shi aka Vikki Hui Xin Han " This is the criminal evidence that Karmapa deceived and played with two nuns simultaneously. The following is a screenshot of Karmapa using Line's fat bird account to contact Wu Hang-Yee and me at the same time. '' 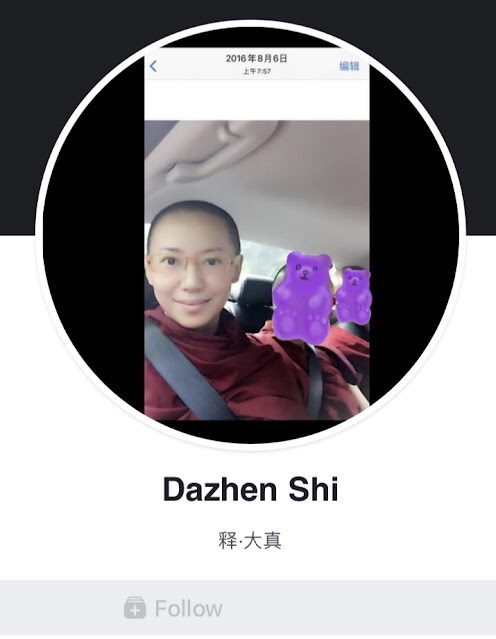 4. Dazhen Shi aka Vikki Hui Xin Han「The Karmapa not only played with two nuns at the same time but also lied that when he came to visit us in Canada, he cheeked up and invited Jane Huang. As of now, there is enough evidence to prove that the Karmapa and three different women maintain a special sexual relationship.」 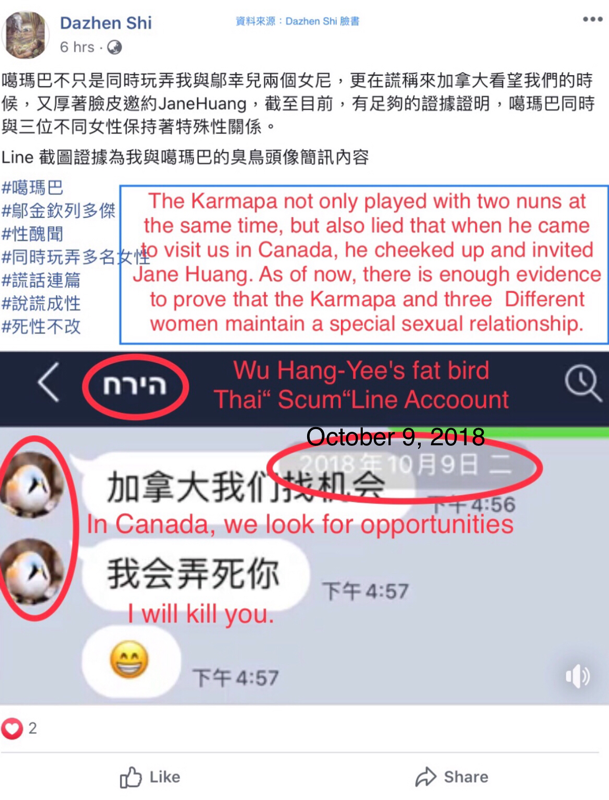 5. Dazhen Shi claims that she has a lot of evidence. The so-called proofs are all the Line accounts of Wu Hang-Yee’s fat bird Thai name "กาก scum." The account is fake. Will the communication records and audio of the phony account be authentic? 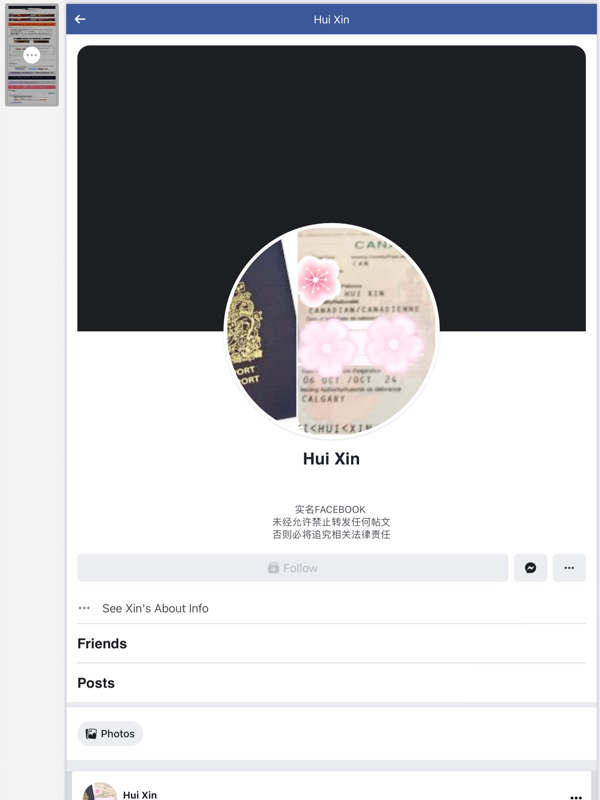 Wu Hang-Yee, Jane Huang, and Dazhen Shi’s so-called Karmapa account for sending messages is a fake Karmapa Line account for a fat bird with the Thai name "กาก scum" set up by Wu Hang-Yee. They used phony accounts to write the messages and create fake audio. They deliberately said Karmapa sent the same information to the three nuns and many girlfriends, slandering Karmapa and having relations with them.

So Wu said that " the nun returned to secular life forcibly and aborted after seven months of pregnancy, and he socialized with three nuns at the same time ... "Jane Huang said that “ Several women showed up after the publication, and they received a message from the Karmapa . " and Dazhen Shi claimed that " she was raped in the retreat room and then gave birth to a daughter. Karmapa was interacting with two nuns and Jane Huang at the same time. " All these allegations are sufficient to prove that Wu Hang - Yee, Dazhen Shi, Jane Huang, and the three conspired to plan this fraudulent scheme, falsify the account and fake audio, and slander Karmapa to interact with the three of them at the same time.